As many a cyclocross racer have started to drift into the domain of the single chainring alongside the mountain bike movement, obviously this comes with its own issues and most pro’s are still sticking to their double set up regardless. Now CJ has always run singles and used a high mount seat tube chain guide in the past with never any issues only once dropping his chain in a season racing Eastern & London cyclocross leagues.

Alas, with his then new Specialized Crux Sport Carbon frame with its non-standard 31.8/34.9 seat tube that party was busted and shut down… Now a quick shake down in his local woods with only an inside chain catcher attached to his front derailleur mount saw him drop his chain at least seven times in a hour session, so solutions had to be found and mighty fast as a race weekend waits for no man (or boy).

Well after some head scratching it was time to join the narrow wide party and see what the fuss was about and if it was the answer to his problems… Eventually we found a 36T 110 BCD specimen for his preferred set-up using a gear calculator from a Canadian manufacturer named Blackspire at a reasonable £30.00 so ‘dropped’ the cash (pun intended) and waited for Mr Postie to do his stuff… Fast forward and upon receipt it was time see if it could dance. 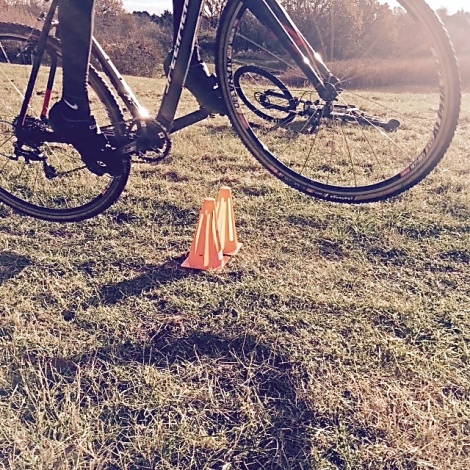 Firstly, it was good to see five nylon spacers included for those who did not want to splash out on single chainring bolts but we dispensed with them regardless… Now, alongside a standard SRAM chainring it was easy to spot the alternate narrow wide teeth plus the curve being smooth on the rearward side, but then has a definite step in it on the other side so all looked good though a little noisier. *(see below regarding excessive teeth wear and low mileage).

Now Claybury Park was the proving ground and the initial test hopping cones two wheels of the ground saw no issues at all and he could quickly set himself up for the next jump assured that all was in situ. Carrying the bike uphill and re-mounting also where he was losing his chain before saw no problems again no matter how rough the landing, so all in this set up looked like being a winner winner chicken dinner. 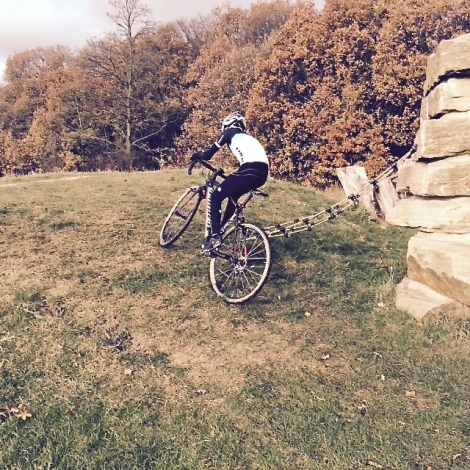 Now six events in and to be honest CJ is now a convert and has pushed in races with so far zero issues and total confidence in all conditions… Basically, narrow wide chainrings rock but this one is only partially recommended (please see caveat below as mileage is low) for those who are considering joining the single chainring movement… 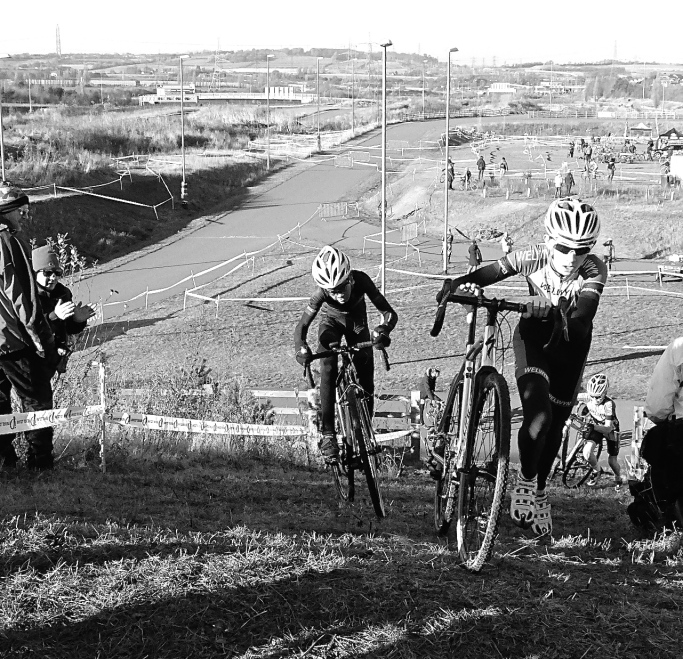 From the rear of the bike check the angle of the chain from the chainring to the rear cassette in the lowest and highest gears to decide whether to fit on the inner or outer side of the crank arm. Too much of an angle may cause the interaction between the chain and chainring to excessively grind due to the more pronounced teeth and impede free running. You may also feel a vibration in the frame whilst spinning the crank by hand so take the time to check which position is best and also use the spacers if needed.

*Update September 2017 – Do not expect a long life from the Blackspire chainring as after maybe 300 miles chain drops started to manifest… You can reverse the ring to eek out some more mileage but be aware that the profile of the teeth do not appear to last long and contacting Blackspire is non-responsive… May now go for the British Hope or Superstar brands which in the past have given more long term service on their equipment and customer service…. All in a great idea poorly executed by Blackspire.