After a domestic road season in preparation for the cycling tour of Assen it was time to see how our European cousins had been progressing and with moving to the Welwyn Wheelers Cycling Club whether CJ could race at the sharp end. The club had prepped the racers for what was to come and were always seen as the slickest club at Assen and two days before the event morning ride outs to stages were organised to find the best lines as well positioning.

1.7km individual time trial to sort out the early positions and being CJ’s least favourite discipline a good time was not expected coming in approximately 60th of the 80 plus racers was expected but heads up for game time. 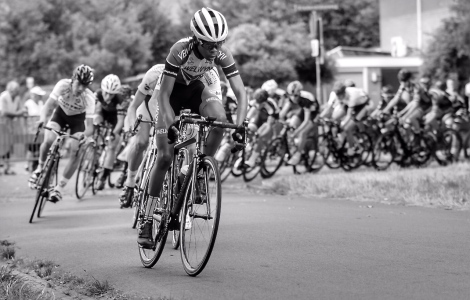 This takes place in a suburb of Assen, east of the railway station and is a tight 14 lap course and being in the top ten for each lap is important as the field stretches out. CJ made it into the first corner in a good position and for each lap maintained position up the front and at times led the field to establish he had the legs to take it down the main straight. Soon the bell rang it was a case of jockeying for position and finding the right wheel of the main players like Frank Ragilo of Team Cannibal. Three racers made a small break which could not be reeled in and gunning the final corner to the finish line CJ took 7th position overall with a timed dipped on the line.

A long point-to-point road race with a full “autobus” of escort vehicles with motorbikes, as well as other support vehicles on closed roads. This is a master-class in organisation by the event promoters, with different age categories starting at different points with the finish at the main Wielerhome. The race would be approximately 29.5 km starting at Grolloo Heetlagendijk with under one hour of hard racing on various terrain. This is always tough on parents who drop off their racer and make their way back to the finish hoping so see them railing the final turn after the procession of motorbikes lead them in… Eventually CJ came into view in the lead group taking 6th position and just missing a large crash entering the stadium and averaging a speed of 45km per hour.

Again a longer time trial of 13 kilometres and again a very average display coming in way down the bottom third of the timings as expected but at least CJ knew his race pace was okay so again keeping his head up.

This race is held in a small village out of town and on its surrounding roads with farmyard cobbles and pavé (i.e. cobbled road) on certain sections of the routes with the racing  often fast which splits the field quickly. 7 laps were scheduled and again each attack is chased down as breakaways are hard to bring back together. CJ for each lap looked comfortable and remained in the lead group and managed to take a hard earned 7th place.

As the final day everyone is tired but the riders race like it’s the last day of a Grand Tour. The tight corners and sections of energy-sapping cobbles are hard work with six laps on the agenda. CJ’s grid position was not good near the back of the field but by the time they had hit the third corner he was comfortably sat in the lead group. The laps counted down and this time all the top ten sprinter knew each others strengths and weaknesses with all looking for a top 3 position. As they came into view for the bunch sprint it was obvious a top three was out of the question but he got his best position of the tour with a 5th position. 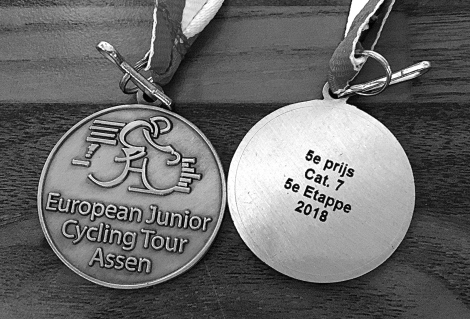