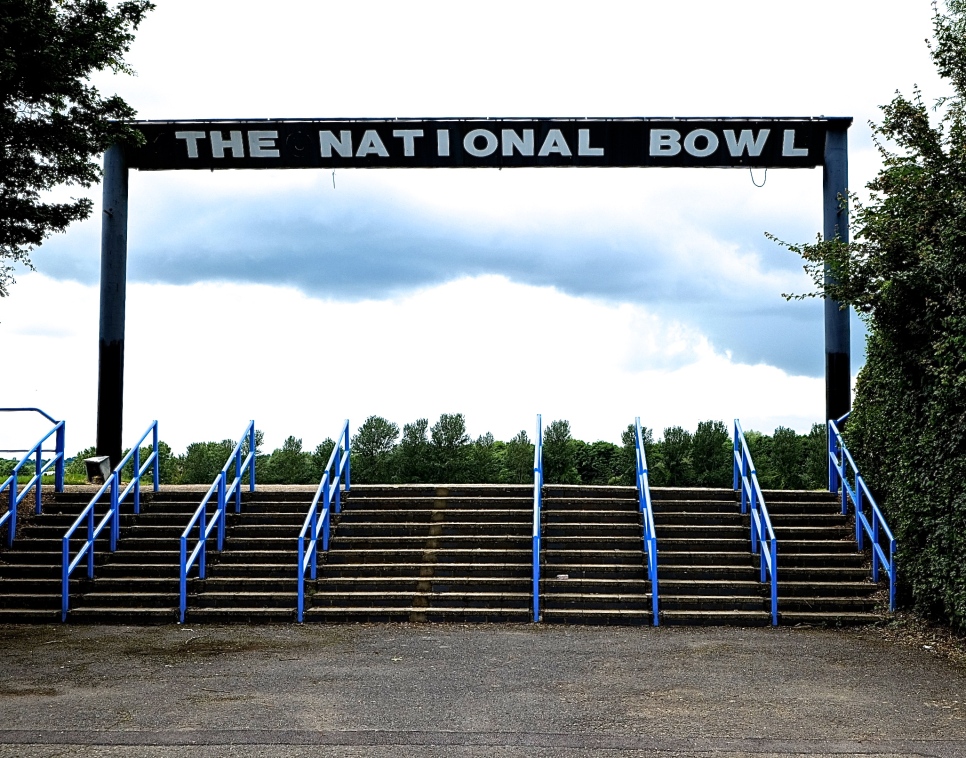 After a two year hiatus the National Youth Circuit Series was again returning to the Milton Keynes National Bowl (but unfortunately not using the loop around Loughton Valley Park) for the under 12’s support race. Now with road racing further falling down on CJ’s list of favourite cycling disciplines behind cyclocross and mountain biking, this time we really did not know what to expect in a race that would bring out some of the best wheelslingers in the country yet again. 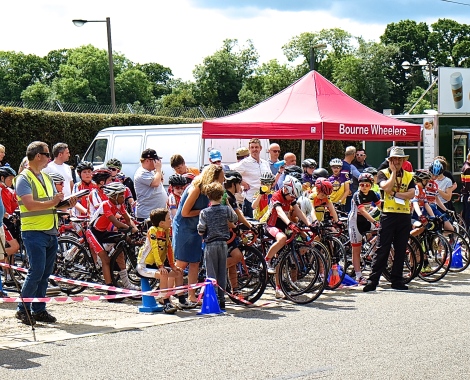 All eyes was on the British weather leading up to the event as the month of June had probably produced more rainfall than we’d ever remembered, as not one Wednesday night went by without jet washing his mountain bike after a Beastway race at Hog Hill. Forecasts had the rains coming in at about mid-day and with signing on at 9.00 a.m. with the circuit only open for practice/warm up from 8.45 to 9.45 it was an early rise with plenty of down time for the 11.35 start. 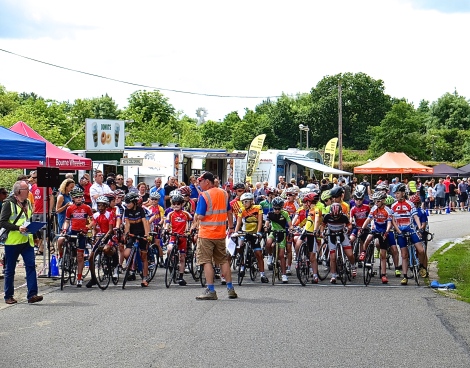 Now as usual we had missed all the earlier National Youth Series rounds waiting for it to come to us (near the M25) and therefore not knowing who the danger boys were other than the usual names that appear on the results from British Cycling. Anyway, it was always going to be a good race and maybe when CJ’s is older we will take the plunge and complete the Series with the necessary thousands of pounds thrown in for fun. 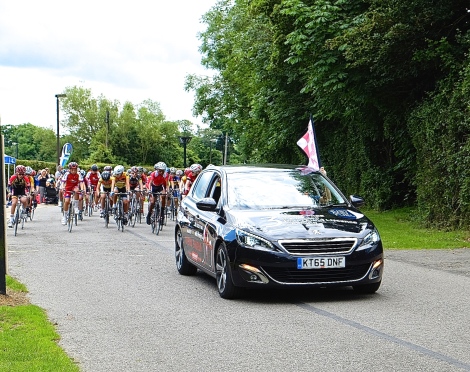 Soon the racers were held in the holding pen awaiting lift off and at last CJ started to get his game face on as they were allowed a last sighting lap whilst jockeying for grid positions. Now on the front line it was time to take instructions from the Comm’s and nervous parents started to breathe deep as their manchild got the whistle signalling the beginning of end. 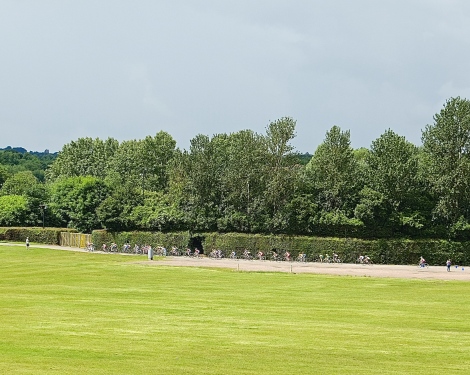 Now all the racers were bunched up behind the pace car as it increased speed and finally sped off leaving them jockeying for position and all wanting to be at the pointy end. For the first lap no attacks were made and the tempo was steady and calm before the storm with CJ hovering around the top ten and looking comfortable down the back straight of the Bowl and moving up with relative ease whenever it strung out. 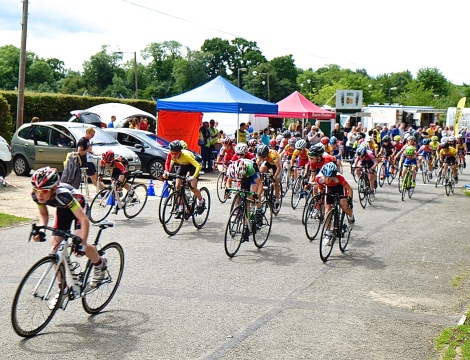 Lap three –  finally an attack by the main contender Ben Askey of RST Racing Team as they crossed the finish line but soon the status quo was resumed as the racers brought him back to the fold. Eventually there came the usual drama as a racer that sat mid-pack who was using dubious lines caused mayhem to ensue with three riders going down with a tubular popping for good measure causing the riders to jump. 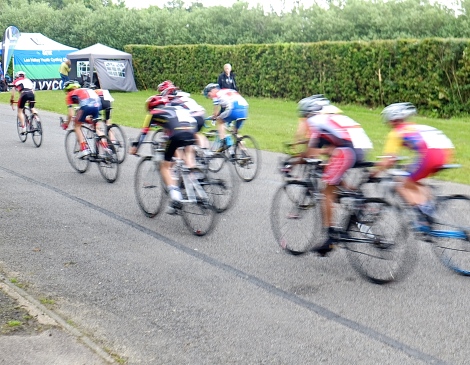 Worried parents now looked for their little angel as they shot through and the names of the fallen eventually filtered around the finish line. Soon after another attack was being launched by a Hillingdon Slipstreamers racer but again to no avail. The laps dropped with no real drama and with two to go the rains made its announcement to join the action before the bell rang signalling the last lap as CJ hovered around 15th with lots of work to be done. 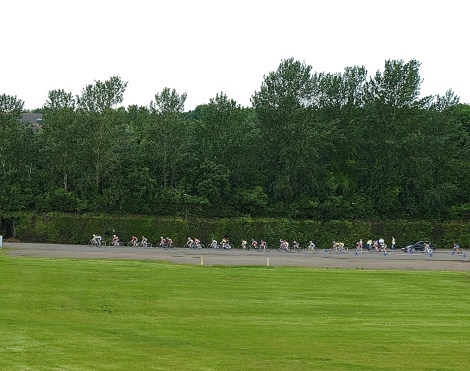 Down the back straight things thinned out as he moved into about 5th position getting ready for the final bend behind his team mate as the winning move was made by Ben Askey. Following was a task as everyone was now scattered on the circuit and there was no space to move through. CJ expected his team mate to follow the charge as three riders slipped his right side before he could move out and gather his sprint gaining about three positions and taking 5th place on the line just as the heavens opened up. 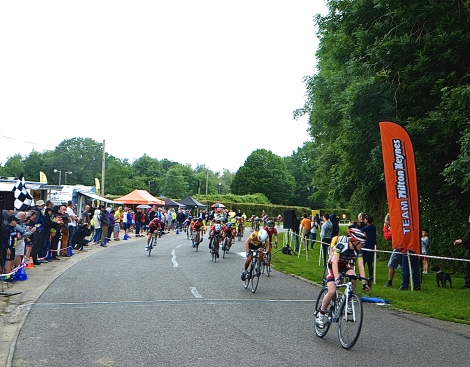 Now the thing that separates a Nationals race says CJ is the adjustment from marking maybe six racers at regional level to triple that and making your moves stick. Lady luck was not on the final straight but he lives to race another day. Here’s hoping all the downed racers mend quickly as Milton Keynes Casualty Department had a busier than normal day with crashes aplenty due to the rain for the later categories. Thanks also goes out to Team Milton Keynes who quickly sorted out CJ’s incorrect provisional 6th position and all their hard work in promoting. Ciao for now and race video here with final results.